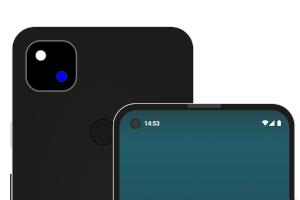 We are very excited to introduce the NitroPhone! The NitroPhone combines security, privacy and ease of use with modern hardware. It is based on the high-quality Pixel 4a and GrapheneOS, the most hardened Android for professionals. Gain full control of your smartphone without Google and Apple! The NitroPhone is now available in the online shop.
"If I were configuring a smartphone today, I'd use DanielMicay's GrapheneOS as the base operating system. I'd desolder the microphones." Edward Snowden

The hardware is a high-quality Google Pixel 4a, black, 128 GB storage.

Establishing Linux for smartphones as a third ecosystem alongside iOS and Android is a promising goal. In addition to thousands of existing applications, user freedom, transparency and security, the usability on both smartphones and large screens is compelling. Unfortunately, "Linux for Smartphones" is not yet mature enough for most users. In order to offer our customers a professionally usable, stable and secure smartphone, we have chosen GrapheneOS.
4.11.2021

[The Auditor app] performs a pairing process between the device performing verification (Auditor) and the device being verified (Auditee) to implement a Trust On First Use (TOFU) model.

The OS can use the persistent generated hardware-backed key for signing but cannot obtain the private key. The key isn't be usable if verified boot fails or the OS is downgraded and the keys are protected against replay attacks via the Replay Protected Memory Block. Devices launching with Android P or later can provide a StrongBox Keymaster to support storing the keys in a dedicated hardware security module to substantially reduce the attack surface for obtaining the keys. StrongBox is paired with the TEE and the TEE corroborates the validity of the keys and attestation. The Pixel 3 and 3 XL are the first devices with a StrongBox implementation via the Titan M security chip.