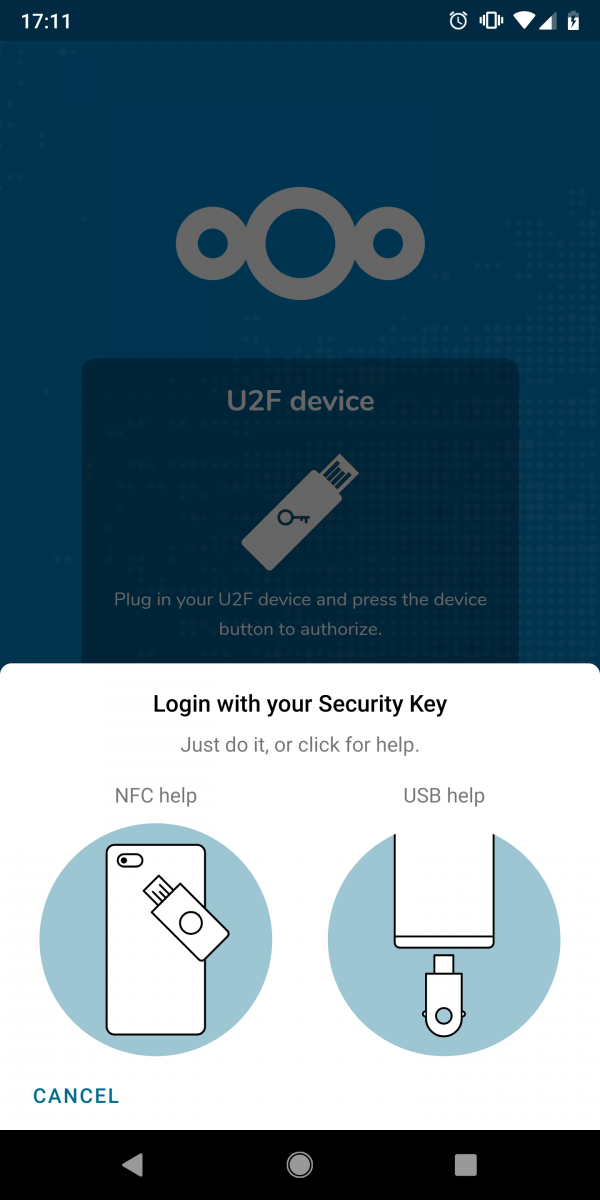 Add WebAuthn/FIDO2 to your own Android app

Easily add passwordless authentication with Nitrokey FIDO2 (or other FIDO2 devices) to your Android app.

Try the FIDO2 Example app.
Contact us and get:

End of passwords with WebAuthn/FIDO2

Nitrokey FIDO2 and Nitrokey 3 can be used for logging into services without username and password. The user simply needs to click a login button and touching the Nitrokey. It frees the user from having to remember complicated passwords. Furthermore, it makes server-side storage and validation of passwords obsolete.

A PIN code can be used to enable two-factor authentication. It protects in case the Nitrokey gets lost. In contrast to a password, only one device PIN needs to be remembered and it can be as short as 6 digits because it will be locked after eight failed attempts.

Each smartphone has a different sweetspot where the NFC connection works best. Android FIDO2 SDK shows this spot to make it easy for the user to place their Nitrokey NFC to their smartphone.

We are not selling yet another SaaS login solution. Android FIDO2 SDK is a standard-compliant clean-room implementation that works with any FIDO server. In contrast to Google's FIDO APIs, our SDK works without Google Play Services. Thus, it also works in countries where phones do not ship with Google Play as well as in environments where Google Play is avoided because of security and privacy concerns.

Android FIDO2 SDK can be used with Nitrokey FIDO2 and any other FIDO2 compliant device. The SDK has been successfully tested with a wide variety of FIDO services. It has been implemented by carefully following the FIDO standards.

The Android FIDO2 SDK is available under the terms of the GNU General Public license version 3 or later. Alternatively, contact us to purchase a commercial license.