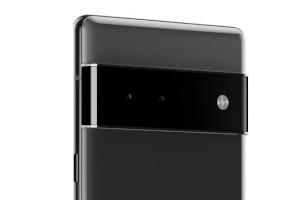 Just four months after the successful launch of the NitroPhone 1, we are now releasing the NitroPhone 2 and NitroPhone 2 Pro. The new NitroPhone 2/Pro is the world's most secure Android smartphone and comes with many years of software updates until 2026, combining security, privacy and ease of use with sustainability and a low price per time. The NitroPhone 2/Pro is based on the premium Pixel 6 or Pixel 6 Pro and GrapheneOS, the most hardened Android for professionals. Gain full control of your smartphone without Google and Apple!
Optional: Removed microphones, sensors and cameras make eavesdropping physically impossible. Phone calls are made with optional headset.

"standard Android"? What is "standard" about de-Googled Android? /e/ has spent the past five years building a version of Android which does not use Google's spyware or other crapware. What is standard about that?

Apart from the difficulty of finding an Android phone which will still be usable if a new OS has been installed, how did Calyx OS fail in its objectives to eliminate the problems with Google's version of Android?

Submitted by meissner on 20. May 2022 - 17:07
Generally, please note that you are reading an announcement news article about a new product and not a technical article about the pros and cons of certain Android OSes. A "standard Android" in this context is AOSP, which all Androids derive from. GrapheneOS has a stronger focus on low-level security features (e.g., hardened malloc), thus this wording here was used. There is no intention to talk bad about any other Android here - just our subjective reasoning why we chose GrapheneOS. Concerning the apps, this reflects our recommended apps we have documented and we never labeled F-Droid as scam, contrary to this we even recommend using f-droid.