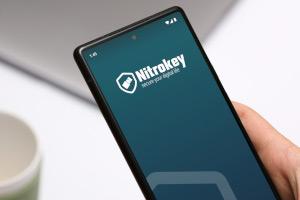 Our new high-security NitroPhone 2a is a high-end smartphone at an unbeatable price. It also has a handy size and light weight. Software updates of up to 5 years result in costs starting at 35 cents per day. The NitroPhone 2a combines security, privacy and ease of use with an affordable price. It's based on the premium Pixel 6a and GrapheneOS, the most hardened Android for professionals. Gain full control over your smartphone without Google and Apple!
Optional: Removed microphones, sensors and cameras make eavesdropping physically impossible. Phone calls are made with optional headset.