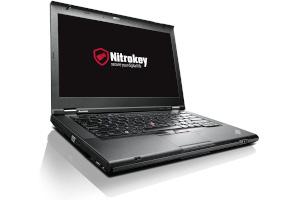 Furthermore, the NitroPad T430 offers the same high security features as the X230:

The NitroPad T430 is available in our online store.

Submitted by zap on 17. February 2021 - 13:39
Can you add an option to the sale of this device of ath9k wifi and other special setups? And also, a custom option type thing. As it turns out, I may order one of these in April now, btw... that aside, (will have the funds) I think I have emailed you a few times trying to get info and you very kindly replied to me. Can you make like a specific guide though for like programming the usb drive in other operating systems, from source if needed or command line? Also, this is what I would need: two 256gb Solid State Drives within, one sata and one regular, the slower quad core processor, 3632QM and obviously remove the webcam just like the microphone. and a us keyboard which is already in the options. And last but not least 16GB of ram, just wondering how much you would charge for all that. I just need to know how much I need to save up for this. Oh and like I said above, the fastest ath9k half height wifi card that can fit and work with wpa2. Give me a quote whenever, I will wait for your reply. I very much appreciate your open source products. Or rather, your free software products, whichever you prefer. In reality, its both.
Submitted by Jan Suhr on 18. February 2021 - 18:38
Yes, on request we can equip the NitroPad with ath9k wifi card as well as removing webcam and microphone. Regarding programming the Nitrokeys, you find resources on our website and Github. It depends on what exactly you want to do.
Submitted by zap on 18. February 2021 - 19:25
and the two ssds, one in the wwan spot meaning you remove wwan... plus adding one in the usual spot? Both with 250 gigabytes. As for the rest, I would have one laptop, have Devuan, one have Hyperbola. Although, I am wondering if its possible to have each have FDE + /boot or if the bios chip would get in the way. If that is so, I would just use FDE - /boot How much would doing all that cost you think though? That's what I am curious about. Someone from your staff did say that two ssds was possible in an email. If you get rid of the useless wwan thingy.
Submitted by Jan Suhr on 18. February 2021 - 20:13
We offer Ubuntu, Qubes, LinuxMint and Debian. We can prepare other distributions for additional costs. Only one SATA SSD and only one distribution can be chosen. For individual requests, send us an email.
Submitted by zap on 18. February 2021 - 21:05
So, what your saying is, I cannot have two different solid state drives in the hardware correct me if I am wrong: one sata, one regular after ripping out the T430's wwan. It's not a problem if you install debian on both, I am fairly adept at reinstallation of operating systems. But that was kind of something I really needed/wanted.
Submitted by zap on 18. February 2021 - 21:07
Just to be clear, can you tell me why that wouldn't work? Or why you won't be able to do it.
Submitted by Jan Suhr on 19. February 2021 - 6:44
Technically it's possible. But the performance benefit of a M.2 SSD compared to a SATA SSD is not significant considering the overall performance of the T430. Let me know a specific benchmark to correct me if I'm wrong. Therefore we don't offer a M.2 SSD for the T430. Furthermore the way we install Heads supports a single Linux only and no dual boot.
Submitted by zap on 19. February 2021 - 13:39
Oh, it only supports a single linux boot, okay. Thanks for letting me know. Alright, then, I will forget about having two SSDS then. Thank you for clarifying this. I appreciate it.
Submitted by zap on 19. February 2021 - 21:08
Actually, I thought of a few other questions, Would it be more secure to use nitrokey storage or nitrokey pro for the manipulation detection for nitropad, and would it make a difference or be possible to use ecc keys for this.
Submitted by Jan Suhr on 19. February 2021 - 21:16
Nitrokey Pro and Nitrokey Storage are equally secure in this regards. We configure it with RSA-3072 only. ECC should be possible when configuring it manually.
Submitted by zap on 19. February 2021 - 22:38
Okay then, last thing, how much would it cost to add, the ath9k wifi card and remove webcam + remove microphone setup, to whatever my order is. I assume that changes the price right? I might be able to order tomorrow if that helps.
Submitted by Jan Suhr on 24. March 2021 - 13:57
We are adding these options to our online shop soon. In the meanwhile, please ask shop@nitrokey.com directly.
Submitted by Anonymous on 24. March 2021 - 9:57
A) In the configuration you cannot select the processors. How to configure between i7-3632QM and i7-3840QM? What are the price uplift? B) How many USB C ports ? C) Can it be order with Nitrokey 3 (USB C) ?
Submitted by Jan Suhr on 24. March 2021 - 10:24
i7 processors are currently not available and therefore can't be chosen. We are waiting for a delivery and will add this option soon. The T430 doesn't contain a USB-C port and therefore Nitrokey 3C won't work.