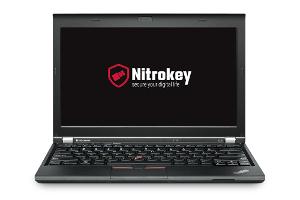 Do you think your computer hardware is secure? Can you rule out that in your absence no one has manipulated your computer? In a world, where most users do not have any real control over their hardware and have to blindly trust the security promises of vendors, NitroPad unlocks a refreshingly new security experience. NitroPad X230 is significantly more secure than normal computers. With NitroPad, you'll have more control over your hardware than ever before while maintaining ease of use.

NitroPad X230 is now available in our Online Shop.

More details are available in the product factsheet.