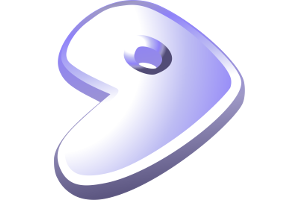 Thanks to the Gentoo Foundation and Nitrokey’s discount, each Gentoo developer is eligible to receive one free Nitrokey Pro 2. To receive their Nitrokey, developers will need to register with their @gentoo.org email address at the dedicated order form.

A Nitrokey Guide is available on the Gentoo Wiki with FAQ & instructions for integrating Nitrokeys into developer workflow.

Gentoo Linux is a free, source-based, rolling release meta distribution that features a high degree of flexibility and high performance. It empowers you to make your computer work for you, and offers a variety of choices at all levels of system configuration.

As a community, Gentoo consists of approximately two hundred developers and over fifty thousand users globally.

Nitrokey is proud to support the Gentoo Foundation in further securing the Gentoo infrastructure and contributing to a secure open source Linux ecosystem.